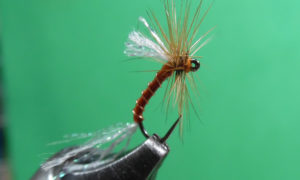 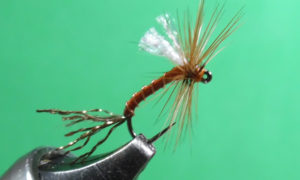 This is a fly that Mike Swederska developed during a hatch at Bennett Springs.  He recommended Dai Riki #125 size 16-20 and Daiichi 1160 size 18-20.These hooks maybe hard to find. The hook has the front portions for the dry fly and the back portion of the hook for the wet fly.  On line, other tiers recommended taking a Tiemco TMC200R and bending the front portion of the hook by the eye at 30 degrees.   In older fly tying books, the tiers would bend hooks they had to meet requirement.   I thought using a TMC403BLJ which is already bent might be a better solution.  Do not know how well or if it will work but I’ll tie both and hope some of you will try it.  Then let me know what happened.   Mike also used Root Beer Kristal Flash and said the fly was hard to see.  I am using the Medeira, thus the variant and the Madeira prism white might be easier to see.  The Medeira tail is colored with a Bronze sharpie marker for the Root beer Brown color.  Mike fishes it when the trout are sipping or not breaking the surface.  Fly tied by Dennis Stead – size 18. 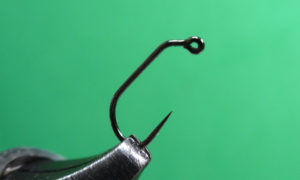 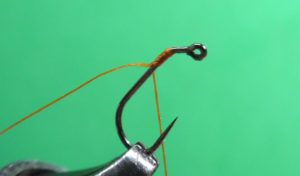 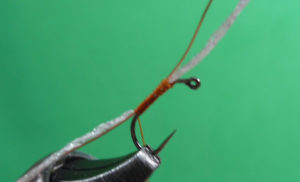 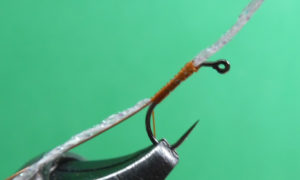 Before I wind my thread down the bend, I will pull the copper wire until it slips under the thread in the front of the hook. 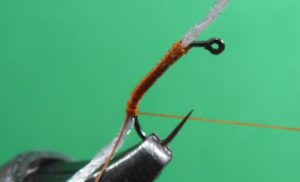 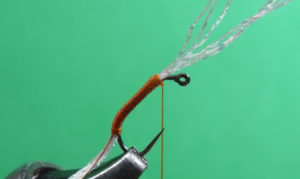 When I bring my thread to the front, I will do a whip finish to hold the thread in place. 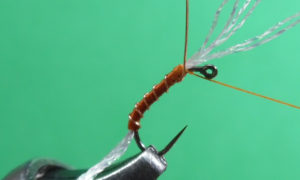 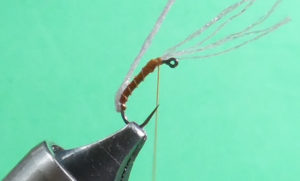 Bring your tail forward and off the excess.  Use your body for the length gauge. 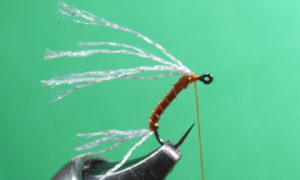 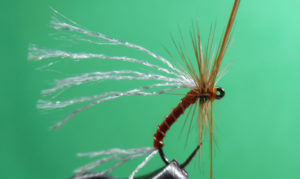 Pull the wing materials back and put a couple of thread turns in the front.  Tie in you hackle feather. 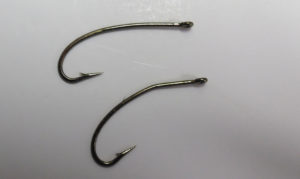 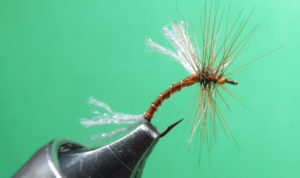 By clicking on the underlined Root Beer Dry Emerger Variant above, you will get a pdf recipe downloaded to your computer or phone.