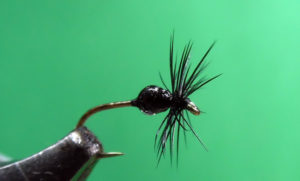 I was looking through a book called Deceiving the Trout by John Parsons.  I can across a fly he called a Smut (we might relate it to our notorious biting Black Flies, or the no see em’s).  Another book I have been reading is called A Modern Dry-Fly Code by Vincent Marinaro writes about these tiny flies being taken the waiting trout in great numbers.  The original pattern called for a starling feather, which for me is very hard to tie on without breaking after the first or second turn.  A black hackle works better for me.  I have tied this fly in a size 18 but the smaller sizes up to 28 were recommended.  The fly is only tied on half of the hook.  A simple fly to tie, so tie a few for your fly box. 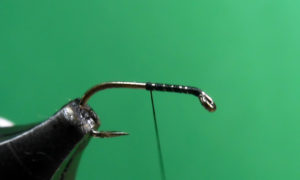 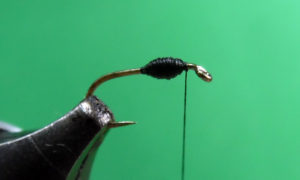 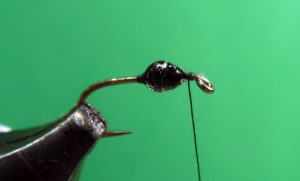 Cover the thread with UV Resin. 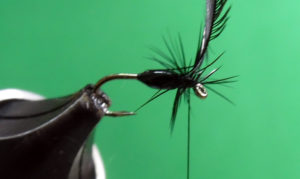