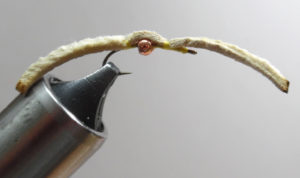 Made a few changes with hook type and thread color.   She used the Mustard 3906 which converts to Tiemco TMC3769, but I like the Tiemco TMC200R of the TMC101. The bead is a 2.8mm copper brass bead.  In addition to yellow, we use Chartreuse (red might also be good.  See which ones catches more fish and let me know.  We also take a lighter to burn the tip ends of the Chamois. 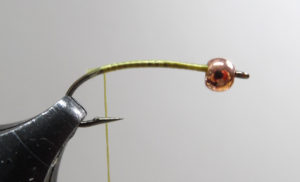 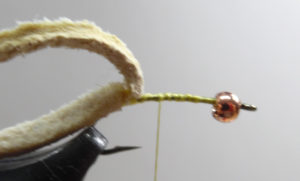 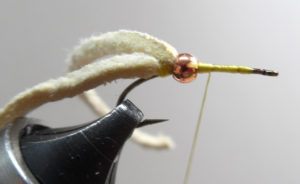 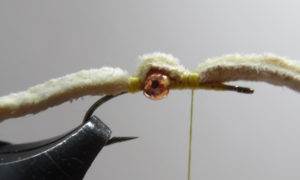 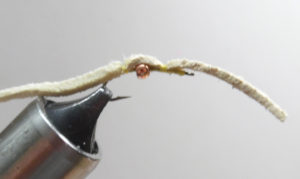