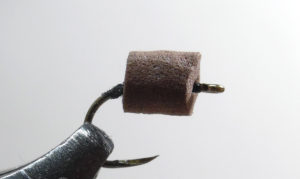 Someone asked me if I could take the Trout food pellet you get at a fish hatchery and make a fly of it.   I do not know why someone has not published the Hatchery Pellet fly.  Maybe because they do not think it is being very sporting.  The trout line up at a hatchery outlet just waiting for these pellets to get wash down.  Every fly fishing person I know who fishes in rivers or springs were a hatchery is, they have some of these in their fly box.  If they are having a bad fishing day, they can head to the outlet.  Then when someone ask about their day of fishing, they can brag on how many they caught.   On this topic, someone said to me, “Agree that a purest thinks it is wrong.  However I was brought up to catch fish and use what ever it takes (outside of dynamite)”.

It is a simple fly to tie. So let’s be bold and publish it.  Tie it with some thread exposed after you glue on the cylinder.  The material list call out for Black but Flame pink?  That way, should you be asked about the fly when fishing it, the person asking can see it has been tied?  If you need a bigger hole in the cylinder, use your Bodkin after using the pin.

Added some ideas for this fly after stopping by the Sheppard of the Hills Fish Hatchery.  I got some of the fish food they feed the trout.  Made some measurements and with a strip of brown 1″ x 1/8 to 1/4″ foam, glue and thread came up with another version to try.  Glue bottom so that the pellet stays on top of the hook. 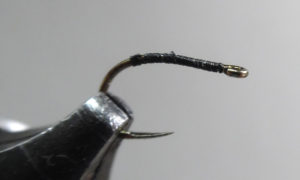 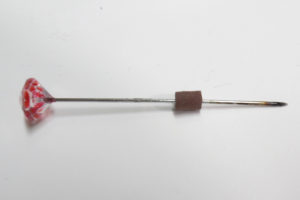 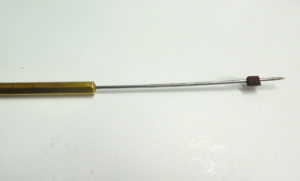 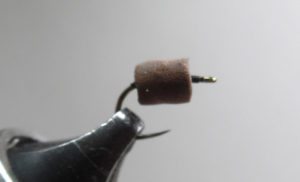 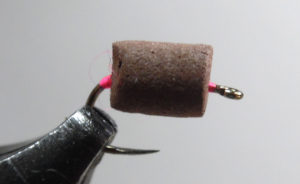 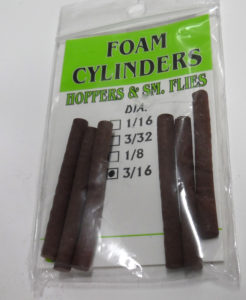 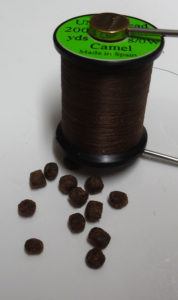 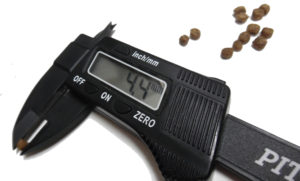 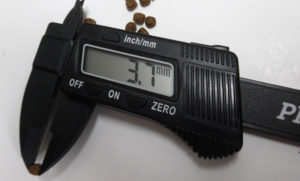 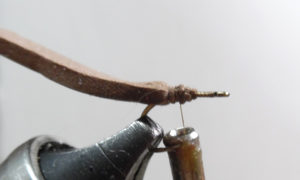 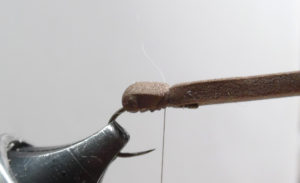 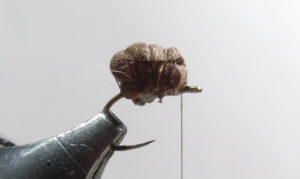