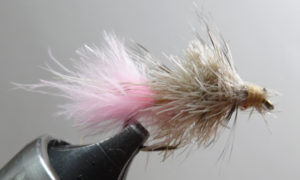 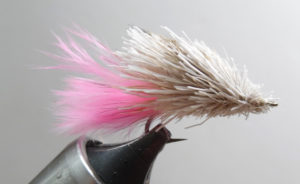 I named this fly Dan’s Deerie.  The reason for the name came from a cigar smoking, MTFA member, how loves to fish and yes, catches fish – Dan Ditzler.  At an MTFA meeting I was asking the members to give me some of their favorite flies.  Dan came up to me, took off his hat, and gave me a fly that was attached.  The first picture of that fly is above.  He said that this fly catches Sun Fish.  He told me that is was a simple fly to tie and gave me some information on it.  I put it with my other flies, and forgot about it.  Just the other day, I found his fly and started tying it.  It looks close to Dan’s but if it was on his hat, it was well fished and beat up.   I used pink marabou and Deer hair – thus the name.   If this is wrong, Dan will have me correct it. 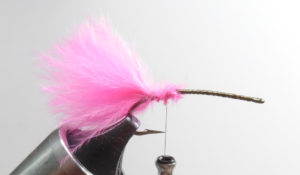 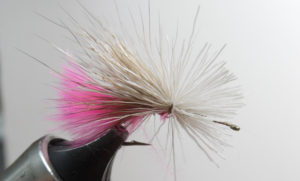 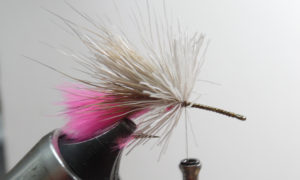 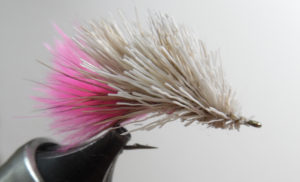 Fishing instructions: Fish like a dry fly on the surface with short swimming strokes.