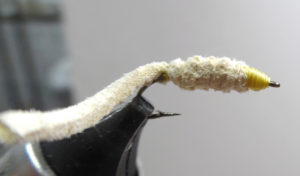 We have two Chamois worms to tie.  The traditional Chamois worm with a bead. And this variation which we will Chamois Worm Variation.   It appeared on YouTube 8 years ago – tier – Sister Carol Anne Corley and the YouTube address is: 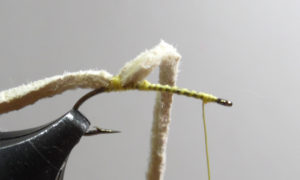 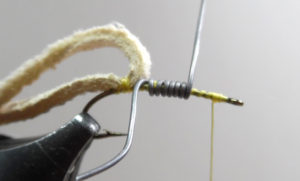 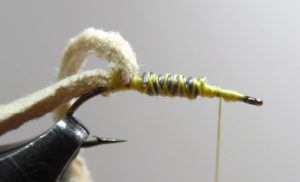 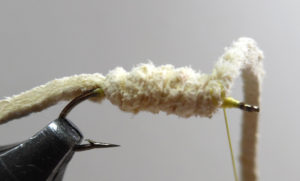 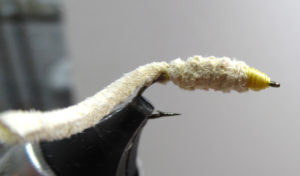 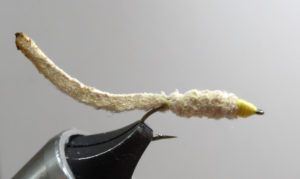 Fishing Instructions:  Use a sinking leader or line and strip back. 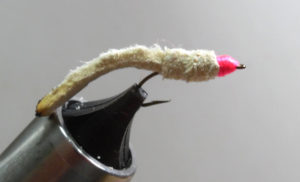 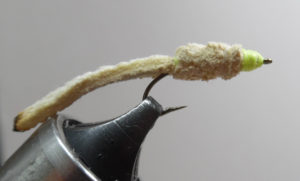