By Bob Randall on Sunday, September 23rd, 2018 in Fishing Trip, No Comments

On Saturday September 15, 2028 Ron Ward and I departed from Springfield/Branson airport en route to Dallas/Ft Worth and then to Seattle via American Airlines. In Seattle we boarded Alaska Airlines to Ketchikan Alaska. We stayed at Super 8 in Ketchikan and the next day boarded a Beaver float plane to our fishing destination on Prince Of Wales Island AK.  The float plane ride from Ketchikan to Prince of Wales Island is awesome and takes 20 minutes. 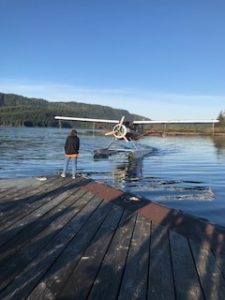 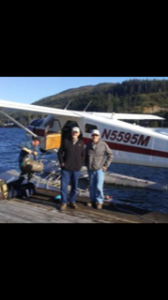 We met our Guide Walt Fulps who owns Missouri Trout Hunter Guide Service and our other two fishing partners Rick from Sedalia MO and Hank from North Carolina. 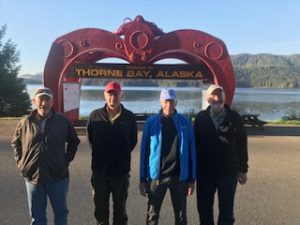 Rick fished with Walt last year. We stayed in a two story home with 3 bedrooms and two bathrooms and 2 kitchens and two washers and dryers. There were 2 refrigerators with freezers and a separate freezer for fish!

We fished such places as Stanley, Ratz Creek,Klawock ,Gravely Creek, Harris River, and Falls Creek and Thorne River. Klawock requires a tribal permit costing $100 a person which was included in the price of our trip. This was our most productive spot as we fished it two days.  Spinning rods with size 4 or 5 blades worked the best for most of us. Fly rods worked with weighted streamer flies and also egg patterns. There were so many fish in the streams that snagging salmon was a constant problem. 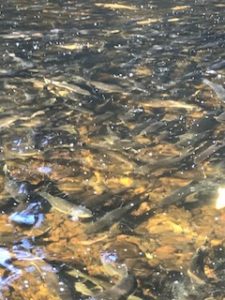 You can walk across the streams on the backs of salmon on Price of Wales Island. 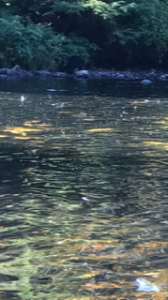 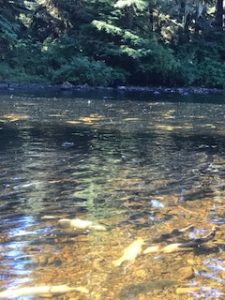 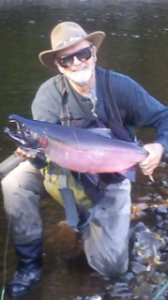 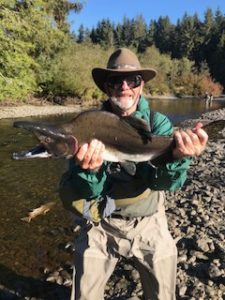 and Silver Salmon also known as Cohos were the main catch. Ron and Rick caught a few Dolly Varden and a few trout. Everyone in our group limited out on Cohos which was 6 daily and 12 possession. The pink salmon were at the end of spawning and were in poor shape as far as edibility but they put up terrific fights especially the humpys. I documented 97 salmon and Ron had well over 100 counting 5 different species. 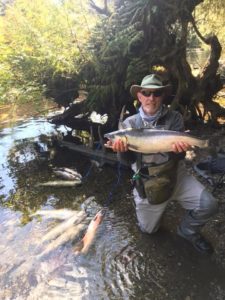 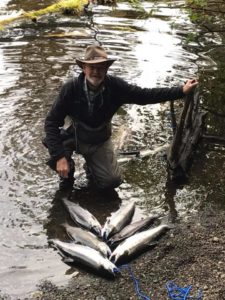 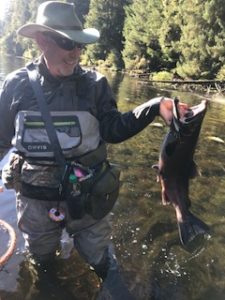 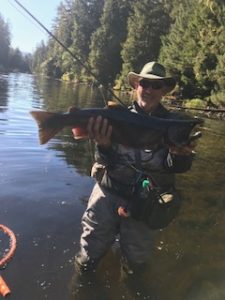 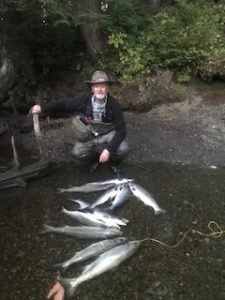 Coho, pink, cutthroat, Dolly Varden and rainbow. Salmon averaged 28 inches and 8 pounds giving 5 pounds of steaks. We caught many salmon a little over 30 inches which weighed about 10 pounds or better. Rick broke one of his fly rods this trip but he broke 3 last year. Other fishermen on the streams also broke rods. Salmon are extremely powerful. Use at least 8&9 weight fly rods. Rick used a 6 weight rod.

Several in our group fell into the water and had wet waders. Wading staff is advised. Ron got a leak in his waders. You get many cuts on hands and fingers from handling fish so bring band aids and antibiotic cream. Hands get dry from water etc. so bring hand lotion. A heavy pair of needle nose pliers is a must have item as is a heavy duty nylon stringer. We each brought home about 50 pounds of salmon steaks which we packed in special boxes to keep them frozen till we got home.

We had meals of salmon pasta,hamburgers, maple salmon, pork steaks, pancakes,biscuits and gravy, eggs. Lunch was lunch meat sandwiches. There are a few small grocery stores on the island as well as a few hardware/sporting goods stores. A few small restaurants are also open for business but have short hours.

Since we did our laundry every 2 or 3 days we decided we brought too many clothes. Since we had mild weather and no rain we had too much thermal clothing and rain gear. 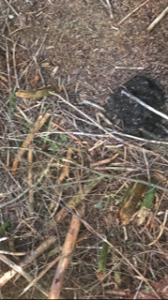 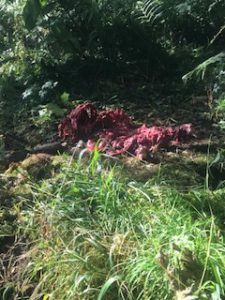 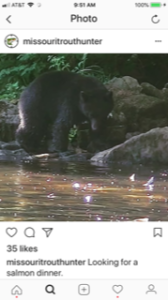 Bears were usually on the far side of the creeks and rivers and they routinely jumped into the water trying to catch salmon.

This is a trip of a lifetime and at a cost of about $2,300 plus airfare it was very reasonable. Walt Fulps who owns Missouri Trout Hunter Guide service did a great job and always got us into fish. The trip was semi-guided as Walt got us to the fishing spots and provided nets and stringers and clubs to use on the salmon. He provided some flies and guidance but we were pretty much on our own wading up and down streams and taking fish off our hooks etc. Ron and I stuck close to each other and assisted each other with netting fish and communicating what flies were working etc.

The pickup truck we used was extremely cramped in the back seat with 3 adults. That is my only complaint.

You can see more pictures below and on Instagram at missouritrouthunter.    Mike 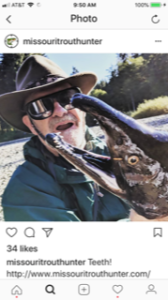 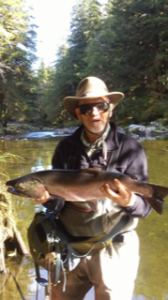 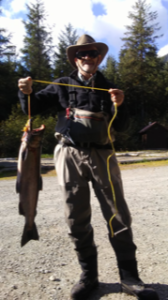 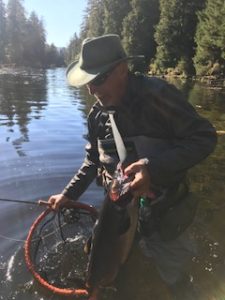 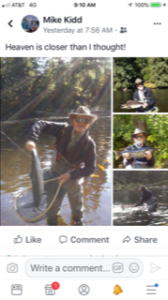 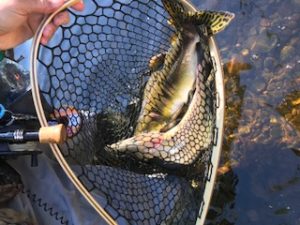 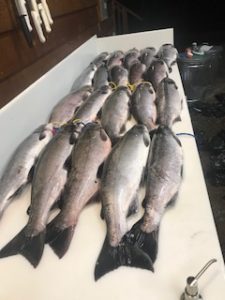