Dick and John Bush went to Jolly Mill and got there around 8:30. The day was really windy, and the only fish all morning  was a tiny sucker fish John picked up in a foam line where there should have been fish.

Pat Collins showed up around 10:00, but by that time John had spent as much time trying to keep his hat on as fishing and they decided to call it early.

John left and went to Roaring River and salvaged the day with several nice rainbows from there. He caught 7 or 8 on the top secret midge and a couple more on a black woolly bugger.. 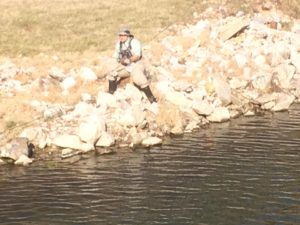 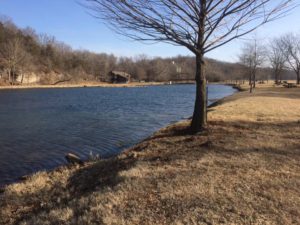 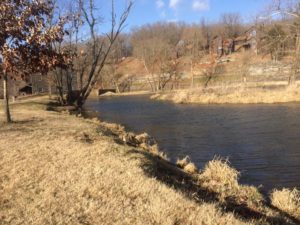