By Bob Randall on Thursday, August 25th, 2016 in Uncategorized, No Comments

Insect-O-Rama: The MDC held it’s annual Insect-O-Rama on Friday, August 19. We participated again by tying flies on safety pins for the kids who attended. The kids love ’em and a few adults were eager for them as well. Attending were Patti Hayes, Dennis Stead, Ralph Eichholtz, Larry Wegman, Jerry Jester, his grand-daughter Kaylee, and I were all tying for the kids. Everyone seemed to have a good time. Thanks to Sam Stewart for the photos.

The Nature Center Manager, Lind…a Chorice, says, “Insect-O-Rama 2016 is over and will go down in history as another successful event thanks to all of you and your participation. Thank you! 560 people were counted coming in the front door, many people stayed for at least 2 hours, and everyone reported that they “had a great time,” “learned a lot,” or commented about how surprised they were by the great variety of activities. Though casual conversation with folks as they arrived, I learned that many were first time participants so we were successful in reaching a new audience. Of course, we also had many regulars who rarely miss the event.

We competed with the Olympics on TV, the first Friday night High School football games, and many other activities to attract a wide variety of participants interested in learning more about insects. I call that success! Unfortunately, we ran out of parking by 7pm and many folks left after trying unsuccessfully to park. Two groups told me they left to run errands and came back after 8pm when some parking became available. A special thanks to all of you who were able to park at Farmers’ Park—you made it possible for more guests to participate.

Your exhibit is always very popular. I saw so many kids sporting one of your flies with big smiles on their faces. 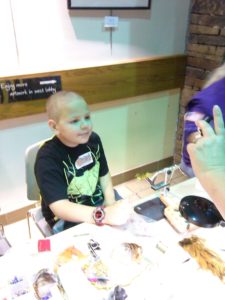 This little kid wanted to know how we did it, so I said come over here and you can tie your own. 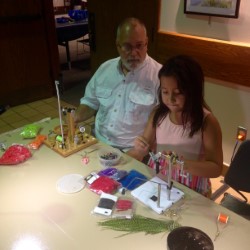 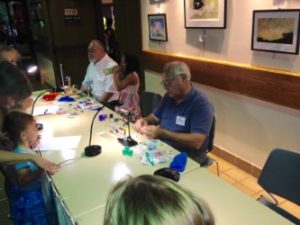 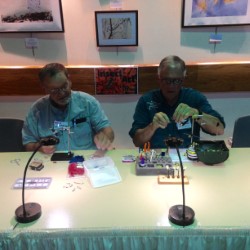 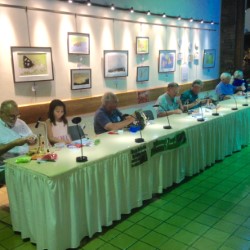 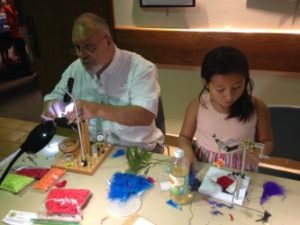 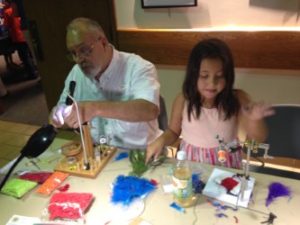 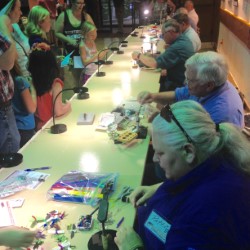 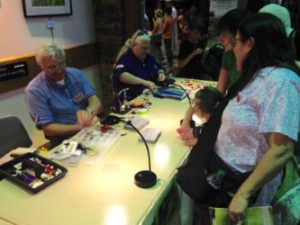 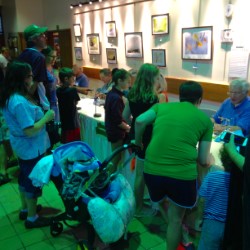 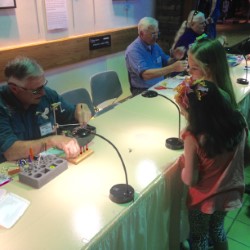 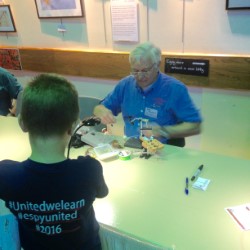 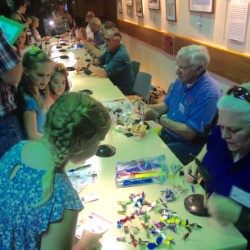 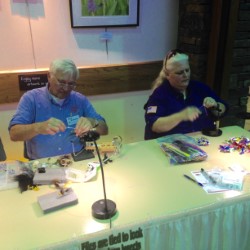